Via Ellen Sue Gerhart "I'm home." "Those two words are packed with enormous emotion, more than I ever thought possible. For the past two months I have been incarcerated in the Centre County Correctional Facility in Bellefonte, PA, by order of Huntingdon County Judge George Zanic, for indirect contempt of an order he issued in favor of Energy Transfer Partners' construction of the dangerous and still incomplete Mariner East 2 pipeline. My family, supporters, and I have fought

Edited by EDGE member, video from local resident UPDATE: New violation issued today 3-19-18 (link in comments) According to ETP/Sunoco’s word it was 500 Gallons Per Minute... Everyone within 450 feet of HDD both public and private water supplies need to be notified and could be impacted... But hey as long as a PA licensed geologist reports on why it happened and how it will be managed in the future - drilling can start back up!!! https://bit.ly/2pCIYf9 ***Breaking: Another in

Breaking News: Mariner East 1 Pipeline Shutdown After Sinkholes From ME2

Update: the PUC granted the emergency shutdown. Mariner East 1 will be shut down for 10 - 14 days while Sunoco does mandatory inspections of the pipeline and attempt to fix the surrounding area. That is, unless Sunoco successfully appeals the halt, though the PUC is not quite as toothless as PA DEP. http://www.philly.com/philly/business/energy/puc-orders-sunoco-mariner-pipeline-shutdown-sinkholes-chester-county-exton-20180307.html BREAKING NEWS: the Pennsylvania Public Utilit 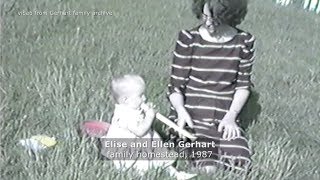 Video: Environmental Stewardship Is Not Criminal

In solidarity with Camp White Pine, the Gerhart family and all fossil fuel infrastructure fighters! Please share and support! ***Please donate to their bail and legal fund: https://fundrazr.com/CampWhitePine ***Camp White Pine: https://www.facebook.com/CampWhitePinePA “I would hope that people can recognize that 'environmentalist' is used as a dirty word in a lot of ways and I think that’s really missing the point. We are dependent on eco-systems, watersheds, and air --

Illustration: Defend What You Love vol. 2

Created by E.D.G.E. member. In support of Middletown Coalition for Community Safety (MCCS) - a nonpartisan grassroots group of parents and residents whose goal is to educate elected officials and the public regarding the risks associated with the proposed Mariner East 2 pipeline. The so called proposed "ME2" pipeline is a hazardous, highly volatile liquids (HVL) pipeline slated to run through all of Middletown Township, Delaware County, a densely populated "high consequence"