Article from Sean Kitchen - contributor and assistant editor of the Raging Chicken Press. Full article: https://ragingchickenpress.org/2017/05/10/anti-terror-and-civil-liability-bills-to-criminalize-pipeline-and-fracking-demonstrations-throughout-pennsylvania/ "The first overreach came in early March when Conestoga township officials slapped a condemnation notice on the Stand’s tobacco barn, which was being used to hold meetings and trainings. The building’s owners faced a th

Thank you so much to everyone who came out on Wednesday! It was such a fun event and we raised just about $2,000!! Amazing!! Special thanks to Bartram's Garden and especially our hosts Zach and Shauna! Thank you to our mind-blowing performers, Stephen Landis, the Philadelphia Women's Slavic Ensemble, and Tristan Dahn! Thanks to Yards and Victory breweries, and Cinder and Standard Tap bars for donating beer! Your care and efforts made the night shine. ***** Camp White Pine, a

To view the full release and download media and documentation: http://tinyurl.com/ResistSunocoPA-Press Across Pennsylvania, Resistance to Fossil Fuel Pipelines Grows: Pressure is on Gov. & AG to Act In response to a three year investigation by Public Herald, revealing 9,000+ hidden citizen complaints and water contamination cases in which the Pennsylvania Department of Environmental Protection (PADEP) committed misconduct: including negligence, misfeasance and malfeasance, Pe

Who Cleans Up The Mess? All Pipelines Leak!

From our friends at Resist Sunoco PA: "The rush to build massive pipelines began before the election of President Trump, spurred in part by Congress's repeal of a 40-year-old ban on oil exports in December 2015 (backed by then-President Barack Obama). Even before that decision, the United States was already the world's largest exporter of diesel, gasoline, and aviation fuel, and a net exporter of coal. With a glut of oil and gas discoveries in the Marcellus, Barnett, and Bakk 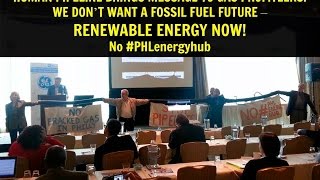 This video was created by Kelsey Erickson. Human #Pipeline delivery to #NatGas #Fracking Profiteers: No #FrackedGas in #Philly! #PHLenergyhub #breakfree2016 #AESP16 A group of Pennsylvania residents claimed eminent domain today for a right-of-way through the lobby of a Penn’s Landing hotel during two energy industry conferences. Using their own bodies and lengths of industrial tubing, they built their own pipeline to carry their message to industry and government officials 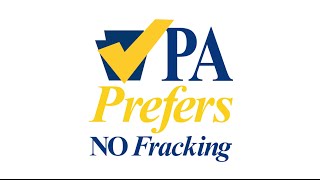 This video was edited together by EDGE. Tell Governor Wolf that FARMING and FRACKING DON'T MIX! From the 100th Pennsylvania Farm Show Saturday, January 9, 2016 Harrisburg, PA During his first year as Governor, (DEP data from January - November 2015) Tom Wolf has issued 1910 unconventional well permits and 695 unconventional wells have been drilled. During the opening ceremonies of the Pennsylvania Farm Show, a group of farmers delivered a letter to Governor Tom Wolf urging 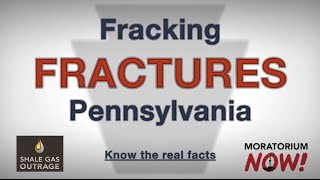 This is a commercial that EDGE made to counter a pro-industry commercial full of lies made by United Shale Advocates which can be seen here: https://youtu.be/VYOwx1KkGf4 The realities and information are spreading about hydraulic fracturing, or fracking. The facts are rock solid. Tell newly elected Governor Tom Wolf that fracking fractures Pennsylvania! INFO@WOLFFORPA.COM PO BOX 22454 PHILADELPHIA, PA 19110 Reality #1: Natural Gas companies don't pay taxes. --Pennsylv
123
4